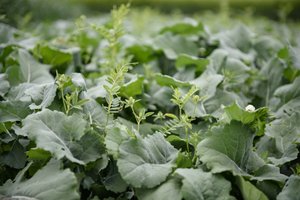 A ten-component intercrop mix of various species with high proportion of legume crops that actively fix atmospheric nitrogen for use by the subsequent crop. Suitable for green fallow due to significant effect of the recovery and reduction of weed infestation.

Functional, freezable intercrop mixture with quick-start and high content of leguminoses, which are good as a natural nitrogen subsidies with symbiotic fixation. The Brassica carinata has a high phytosanitary effect on fungal pathogens and soil pests. Asia radish with vetch has deep roots and break compact layers, Vicia benghalensis (purple vetch) and Fiddleneck (Phacelia) reorganize the soil structure, together they have a very good melioration effect. The mixture has proven itself in the dry season and without fertilization (autumn 2016). Thanks to its rapid coverage it reduce the growth of both weeds and second growth and prevent unproductive water evaporation.

A quickly greening and partially freezable mixture, including purple clover for natural organically-bound nitrogen enrichment of soil and delivery of accessible nutrients for the subsequent crop. 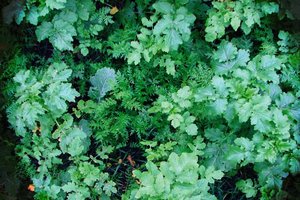 A curative mixture with rapid autumn growth and option of early autumn incorporation of green manure by tillage or no-tillage sowing of wide-row crops into mulch of frozen intercrop.

A mixture is created for sowing processes with a high content of rapeseed and crucifers. Mixture is partially freezable and has strong ability to improve soil structure and bring nitrogen by symbiotic fixation. The clover recovers growth in the spring and if the sowing is 15 kg / ha, a spring cut off for feed and subsequent sowing of corn can be performed.

Useful, fully freezable mixture, created for sowing processes with a high content of rapeseed and crucifers. Well balanced proportion and character of both components ensures simultaneous growth to create a large amount of matter. Mixture creats very good soil structure with subsequent enrichment of nitrogen by symbiotic fixation. It is necessary to do precise and early sowing without need to fertilize.