Nowadays, the United States are leaving the ploughing techniques. One third of farms do not use a plough anymore.

PLOUGH. Researchers of the Agricultural Faculty of the University of Illinois wanted to get to the bottom. Whether comparisons between ploughing methods in the farms of the Midwest are also valid for the rest of the world? Nowadays, the United States are leaving the ploughing techniques. One third of farms do not use a plough anymore. In addition to the obvious savings in fuel and equipment, the technique has proved to be extremely profitable. “It helps to the soil to perform its functions and allow to crops to grow while maintaining its high quality and fulfilling environmental targets”, assures Stacy Zuber, the lead author of the article published in Soil Biology and Biochemistry. In Illinois, we have very fertile soils which are our main assets.

Farmers can protect the soil by ensuring that the microbial community is in good health. The microbial life of the soil is the secret of a fertile soil. One gram of soil contains a million of species of bacteria, 100 000 species of fungi, 1000 species of invertebrates (mites, nematodes, etc.) including kings of this milieu, earthworms, key players in the fertility of the soil. A healthy soil has a dozen individuals per 1 m3. This microcosm aerates the soil, decomposes plant residues and turns them into the organic matter again absorbed by plants. It is this recycling that is disturbed by ploughing. If the reversal of land has a positive impact on the bacterial life by causing the creation of different living environments favouring the multiplication of species, it also stimulates the occurrence of bacteria of diseases! In addition, the plough destroys fragile networks of the mycelium of fungi that help the plants to better capture the organic matter. The direct sowing reduces the bacterial diversity but it promotes the species involved in fertility, increases the vitality of the mushrooms and improves their efficiency in the degradation of the organic matter. Without ploughing the upper layer is everywhere in the world. 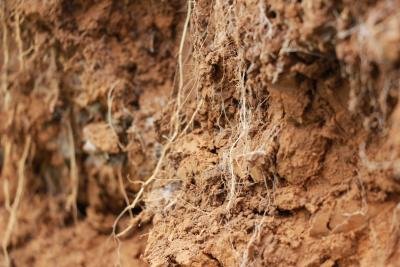 In 2001, these researchers established a network for measuring of the quality of soils throughout the French territory. By averaging of bacterial life expressed in micrograms of DNA present in one gram, the Genosol platform is now able to prioritize the richest land and to inform farmers on actual fertility of their land as well. Similarly, a soil rich in the organic matter captures much more atmospheric CO2. Hence the idea of making the biological improvement of cultivated fields a way to fight against the global climate change. Launched during COP 21 in Paris last December, the project “4 for 1000” seeks to promote all techniques improving fertility of the soil. Which includes, as just proved by researchers at the University of Illinois, ban on ploughing of the soil.