Thanks to better farming practices land epidermis can absorb excesses of our carbon dioxide emissions. A study describes related conditions.

The vision is really attractive: an increase of the rate of carbon sequestration in terrestrial epidermis of only 0.4 % would be enough to absorb all annual emissions of dioxide of carbon from fossil energy sources. In theory, therefore, the issue of the climate change could be solved by better control of dynamics of the soil whose absorption capacity is three times higher than that of the atmosphere. An international group of experts plunged into this hypothesis, suggested before the Academy of Science by two researchers from INRA (National Institute of the Agronomic Research) in 1999, and then set as one of the objectives of COP21. Its findings, published last month in the journal Geoderma, described the intent of the study.

Twenty countries were involved in this “soil project” to estimate the potential of storage of a few tens of centimeters of soft layer of the soil where is almost 90 % of the land biomass. “Not every soil can sequester the carbon”, summarizes the soil scientist Vincent Chaplot, the researcher at the Laboratory of Oceanography and Climate and co-author of the study. The initiative entitled “4/1,000” was based on a simple calculation: counting with 161 tons of carbon per hectare 149 square kilometers of land trap in its two first meters of depth 2,400 gigatons of carbon. To add 8.9 gigatons emitted annually by human beings (it means 0.4 % or 4/1,000) thus does not seem to be an insurmountable challenge.

As we know how to do, Ryland Englehart, co-founder of the association Kiss the Ground, described the process in a video aimed on the regeneration of soils widely reported on the Internet, “The Soil Story”. “Thanks to photosynthesis, he explains, the atmospheric carbon is converted into sugars (carbohydrates). They feed plants down to the roots and provide nutrition to microorganisms that enrich the soil. It is a perfect technology. "

"The solution to our problem with emissions is thus under our feet.”

It is not so simple, however, as the researchers specify in “Geoderma”. In rocky areas, uncultivated deserts, saturated peat bogs, agricultural drained lands and urban areas less than 10 % of soils cannot be used for our purposes. So experts have recalculated. They have considered that the carbon storage potential lies mainly in agricultural lands. Then only 3,900 - 4,900 million hectares are available to sequester a total of 1.9 to 3.1 gigatons of carbon. “This is enough to compensate 20 to 35 % of global emissions of greenhouse gasses”, summarized Vincent Chaplot. To do better we shall increase the rate of sequestration to 40/1,000.

But it is even worse: the soils do not store as much as was expected. In raising this problem a young researcher, Bassem Dimassi, made a grand entrance at INRA in 2014 with the presentation of his thesis focused on the role of soil in the balance of carbon in the long-term periods. He compared the effect of several agricultural techniques on sequestration: permaculture, where we cultivate the soil without returning it, superficial tillage (up to 30 cm to the depth) and deep tillage. 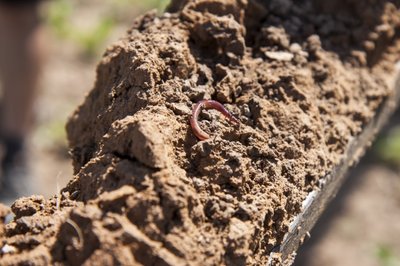 As he presented, the reduced field work promotes the storage, at least during the first four years when the soil reposes. Then the level of carbon sequestration is stagnating and, after twenty-four years, it invariably declines at a rate of 0.42 to 0.44 % per year. The issue is the change that is taking place in the dynamics of surface: in the long run uncultivated soils become spongier. They hold water but banish carbon. Conversely, the worked soil warms in depth. Biological activity is more intense. The transformation of the organic matter - supported by compost, mulch and other natural fertilizers - provides nitrogen that promotes growth accelerating the supply of glucose necessary for the work of microorganisms.

“To boost carbon sequestration in soil we must review our agricultural practices and, in particular, our dealing with grasslands”, suggests Vincent Chaplot. In many countries poor livestock management literally wiped out storage of organic carbon in the soil. In South Africa, where the grasslands cover, for example, half of the country, the organization of dense migration of herbivores for short periods, leaving the vegetation time to renew, could increase the carbon stock of 80 to 110 million tons per year, which means 35/1,000.

In addition to this practice, the organic fertilizer (+ 0.5 ton of carbon per hectare per year), the crop rotation (+ 0.2 ton), reforestation (+ 0.6 ton), use of well-considered and reasoned tillage (+ 0.3 ton), can also contribute to the objective 4/1,000. A team from the Research Institute for Development also stresses the importance of selection of grasses. They have presented a research project Horizon 2020 of the European Commission aimed at the genotypes of wheat, corn and rice promoting sequestration of carbon and nitrogen, and the identification of the genes involved in the interaction between the roots and the soil microorganisms. The study planned for four years shall be based on a collection of 300 European and African species. “Grasses hold the record in capturing carbon in the world of plants, explains the plant geneticist from the South Africa, Hussein Shimelis, 25 % on average of what the cobs and stem absorb go down to the roots, and 11 % goes into the soil.”

By selecting the best varieties the program called “CNP-Farm” intends to create what the presenter Eric Toensmeier describes as the “carbon farms”: regenerative agricultural ecosystems where grasses with high capacity of sequestration are integrated in the crop rotation and composting of soils. According to the study published in “Geoderma” at least twenty years of these new cultivation methods will be required before we can see first results.

1 THOUSAND TONS of CO2 are emitted into the atmosphere every second, it means nearly 36 billion tons in 2015 which was by 61% more than in 1990, according to the Global Carbon Project. Since 2004, global emissions increase of 2.3 per cent per year on average.

400 PARTS PER MILLION - in 2013, the milestone related to the rate of concentration of CO2 in the air was conquered. These emissions could exceed 1,000 ppm by the end of the century thus causing a rise in temperature of 2 to 6 °C, according to Giec. The Earth has not experienced the same situation since 800,000 years.

16,400 KILOS - the annual average of every French household in carbon emissions. More than half of global emissions are attributable to three countries (China, USA, India).

0,9 % ANNUAL REDUCTION of carbon emissions needed till 2030 for keeping the global climate change (warming) below 2 °C.

149 MILLIONS OF KM2 - the surface of the land mass on the planet, which means 1.5 - 2 billion hectares of arable land. 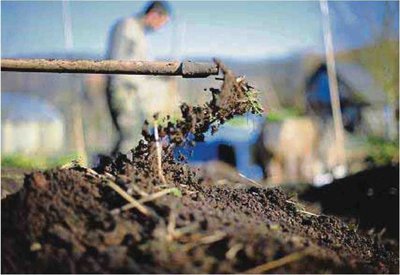